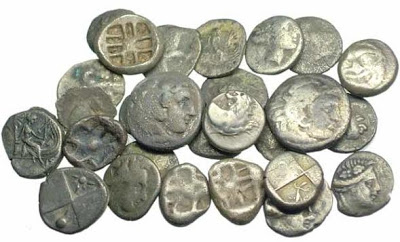 In one of Terry Pratchett’s books about young witch Tiffany Aching – a denizen of Discworld – he repeatedly makes the point that the world is full of omens. It is up to us pick the ones we like.

Like many seemingly off-the-cuff remarks that Pratchett peppers through his stories, this one resonated with me. Because I am often stopped in my tracks by events – often peculiar-seeming coincidences – that make me wonder if somebody, somewhere, is trying to tell me something. And the next question that always occurs is what I should do about it.

A recent example has me wondering a little more than usual, not so much because the circumstances were especially remarkable, but because the message (if it’s a message) seems so pointed.

I’ll have to start with some background.

We have been spending a lot of time out of the city, living on a bush property with not many neighbours. A couple of weeks ago we had dinner at the home of one set of neighbours – the family from whom we bought our land back in the 1990s. They have a large and lovely farm, have deep roots in this district and are committed Christians of the old-fashioned kind I remember fondly from my childhood. By that I mean they aren’t involved in the modern prosperity gospel churches whose adherents turn my stomach when they talk.

Anyway, there was a little talk of church matters that led to a discussion of debt, interest rates and the concept of “usury”. Our neighbour mentioned some Old Testament verses that proscribed usury. Playfully (I thought) I wondered aloud about Christ’s “Parable of the Talents”. This is the story Christ told of a wealthy person who, when about to go on a long trip, left some money (“talents” are essentially units of currency) with a few servants to mind for him while he was away. When he got back after some time he went to his servants to collect his property. The first two had invested the money and gave him back both principal and interest, winning the approval of their master. The third, however, had simply buried the money. Thinking to play it safe he was glad to be able to return his master’s funds complete and untouched. The master was highly annoyed and told the servant that even if he’d invested the money with bankers he’d have done a better job than simply hiding the money in the ground.

When I brought up this story, hinting that it might have implied that Jesus was in favour of usurious business transactions after all, my neighbour patiently parried the distraction, simply saying the parable was really about other matters than money-lending. And we left the matter there, although the incident did cause me to spend some time thinking more deeply about the parable.

That’s the first piece of the jigsaw I am trying to assemble here.

Another piece falls into place because we had stopped in our car one morning to study some gates and rockwork somebody had made, not far from our place. While we were looking, a person who lives in a house opposite came to their verandah and called out to us, asking what we were doing. We had a very brief chat, got the man’s name and asked him if he’d like to be invited for a visit one day. He said yes, that he and his partner would be open to an invitation.

The next piece concerns other neighbours along our road whom we barely know. We had invited them for dinner once, but it was with a large group so we didn’t really get to talk very much. Now they returned the invitation and, as they were delivering it I asked them if they knew the person we had recently met during our brief inspection of gates and rockwork. They didn’t, but apparently they wondered if I was hinting that they should invite this person and his partner to dinner along with us.

These neighbours were at that time looking for somebody to mind their dog when they go away on trips, and various inquiries led to them being given the names of some people who might be able to help. Oddly enough, these potential dog-minders were the exact people who lived in the house where we had stopped to examine the gates and rockwork. The exact people that our neighbours thought I was hinting should be invited to tea. So, quite remarkably I think, they were invited to the get-together along with us.

We had a very pleasant evening talking about every topic under the sun, or so it seemed, including a little bit of religion. While discussing some of the relative merits of Christianity and Buddhism, our brand-new acquaintance told me the sticking point he had with Christianity was – of all things – the Parable of the Talents. He said that this parable seemed to run so counter to the principles espoused by Christ that it presented to him an insurmountable hurdle. The problem as he saw it, I gather, was that it was condoning usury or, at least, promoting the accumulation of personal wealth.

Now, I don’t think I have ever in my life discussed this parable with anybody until a couple of weeks ago, as I mentioned before. And here it was coming back at me in the same terms in which I had playfully presented it to my neighbour – except that this time it was being presented very genuinely. I was really astonished by this, and I suddenly found myself discussing the deeper meaning of the parable.

The fact that it’s acknowledged as a parable – like so many of Christ’s teaching stories – means it is not a story to be taken literally. As my Christian neighbour briefly noted while parrying my reference to it at our earlier dinner, the Parable of the Talents has nothing whatever to do with money. The story uses the well-understood idea of investing money to make a deeper point.

To me, the parable is talking about Christ’s expectations of his disciples, in the first instance, but also making a broader exhortation to those who have been given gifts (talents!) of any kind to put them to use for a greater purpose. As he told the story, perhaps, he was presenting himself as the rich master and his disciples as the slaves. The money represented the truths he had taught them, and the story was urging them not to simply sit on these truths but to spread them so they could benefit others.

In all honesty I would not be found satisfactory by many serious Christians. The best you can say for me is that I find a lot to admire and think about in Christ’s teachings as they appear in the Gospels. These accounts contain some material that is problematic to me, but what I perceive as the underlying message is I think so valuable that it deserves complete attention. That is, that people should care for each other with great kindness, forgiveness and understanding. And that if we all were genuinely to put the needs of others first then the world would be a place of extraordinary happiness. “On Earth as it is in Heaven,” perhaps.

I think that is undeniably true, and you don’t have to be a Christian to see the truth of it, nor to put it into practice to the extent you are capable of.

So to go back to Terry Pratchett and his omens: is there a reason why this New Testament parable has been so forcefully pushed to the front of my mind? Is somebody, somewhere, trying to tell me something?

Am I wasting whatever talents I have been entrusted with? If so, how better should I invest them?

How much lower can our pollies go?