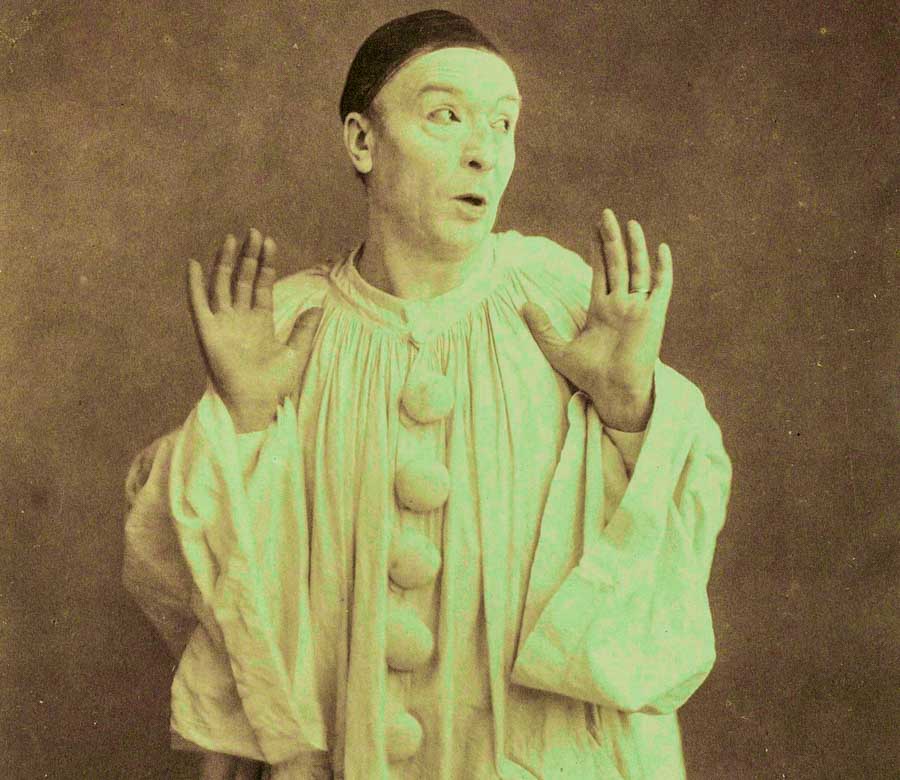 Some dreams don’t seem too hard to interpret. At first they might seem chaotic, novel or bizarre, but on reflection their meaning appears to become clear. Sometimes they seem like advice from the subconscious mind to the conscious workaday self.

In my dream of the Yellow Clown Chorus I was a student attending some kind of live-in college. This college was a big organisation with many pupils of many ages and types. It was a carnival day with competitive sports and various other entertaining demonstrations. The atmosphere was busy and exciting. Everybody was participating in separate “houses”, each with different colours. I saw people competing in their house groups, striving to win at all sorts of events: swimming, running and theatrical and performance events.

I was a member of the Yellow house, and members of this house wore ragged or playful uniforms of bright yellow, with many resembling clowns, but not necessarily with typical clown makeup. It was obvious to me, looking at the costumes worn by my fellow house-members, that they were hardly conducive to sporting prowess, being more-or-less comical or ironically humorous in their appearance. They were patchwork, ludicrous, but compelling in their own way, and their strangeness somehow didn’t rob their wearers entirely of dignity.

It was very apparent that many of the Yellow house participants were outstanding in their own fields but none of them ever appeared to try to win anything. When I pointed out to some of them that they were superb at the activities in which they practised and could probably win competitions if they tried, one said to me words to the effect that: “We aren’t meant to win, and wouldn’t be allowed to, even if we tried”.

My own role was as a minor member of the chorus in a song to be performed on a stage. I was at the back. Up front were some large men in clothes featuring deep-cut triangles. All these men had truly magnificent voices. I was glad to be hidden at the back and I decided to simply mime, since it seemed that nobody minded what I did at all. The performance was extraordinary and certainly of an extremely high standard.

I was both relieved and disappointed to learn that we couldn’t win. Mostly it felt liberating to know that our team strove for excellence with no thought of beating anybody, coming first or winning glory. I also realised that I had an immense amount to learn, and a huge amount of practice to do before I was worthy of my place in the chorus along with such superb team members.

Being careful what you wish for

I dreamed I was among a group of people who were receiving gifts from some kind of well-meaning bureaucrat. He seemed half-teacher, half-manager. He was entirely benign.

It seemed like a sort of award event, with lots of people waiting their turn to be presented with their prize or gift. I watched other people receive their gifts, then stepped up expectantly for my own.

I can’t recall anything about what it was that he gave me. I only remember being profoundly disappointed with it. I felt shocked and let down to be handed the gift I received. When the person handing out the prizes sensed my disappointment he seemed nonplussed. This gift, he reminded me, was precisely what I had asked for!

As soon as he said this I remembered exactly (in the dream) the conversations he was talking about. I remembered insincerely pretending to him that I was interested in a variety of things, all chosen – I could now realise – because I thought they would please him or other people around us. Now I realised with regret how foolish I had been. My dishonesty, so trivial at the time and perhaps so directed to a seemingly pragmatic purpose, had borne this appallingly disappointing result.

The big question I awoke with was, did I still have time to undo my mistake? What was I asking for, in my life? And if I was not being sincere in my wishes and goals, then what should I be asking for instead?

I still don’t really know the answer to any of these questions.

I dreamed I was travelling in a passenger liner at night. I was close to the waterline in an inside cabin. Out of the porthole I could see the flashes of what I realised was distant gunfire and I wondered about the risk to the ship from acts of warfare.

Then I thought I saw a dark shape moving across the water. I thought it was a torpedo boat or some other kind of dangerous enemy. As I watched I become more sure of this. I started to think of warning the crew, somehow – imagining I might be the only one aboard the ship who could see the threat. But then the ship accelerated rapidly as the engines shook the vessel from deep below. The ship surged forward faster than I thought possible and surely evaded the enemy.

I awoke thinking the dream was telling me that I was trying to assume responsibility for risks and dangers that were not mine to consider. That there were other forces with greater power than me, which had these potential dangers under control. I was a passenger, after all.

US already a winner in the 2022 Ukraine crisis