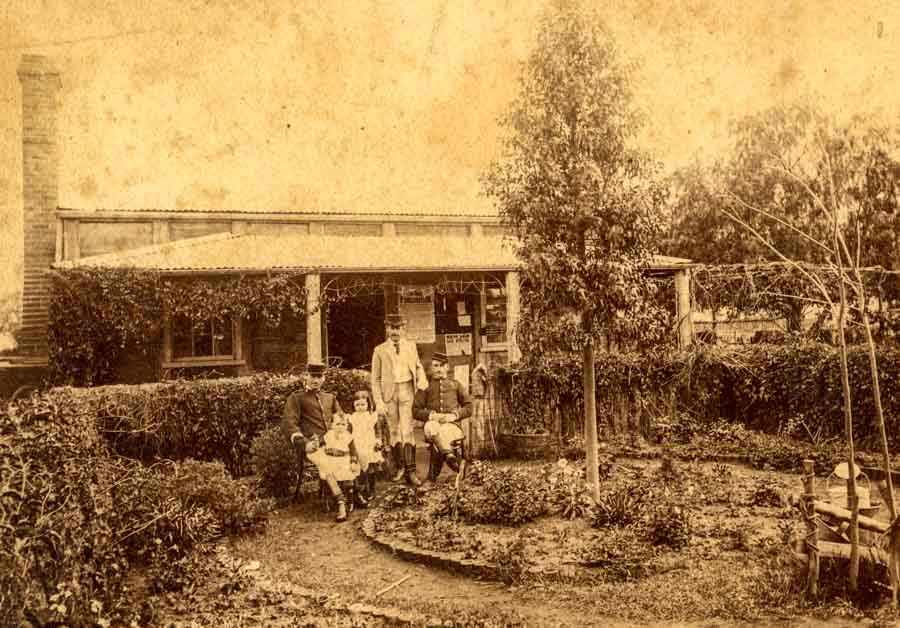 Flicking through an antique pocket notebook that once belonged to a police constable in western NSW, I was arrested by the page headed: “Blankets 1894”. In a notebook otherwise full of shopping lists, maudlin poetry, betting notes for horse races, lists of belongings at the scenes of lonely rural deaths and descriptions of wanted horse thieves, this unassuming list struck me as rare, remarkable and potentially of great social value to people of indigenous heritage with roots in western NSW.

It is, I am certain, a “blanket list” – a list of indigenous people to whom government blankets were distributed annually in various districts in the state. This was a practice begun by Governor Macquarie in 1814. Handing out free blankets was a cheap way, I suppose, of bringing the people together to be counted and seen. As blanket lists go, the one in this notebook is extremely rudimentary. At best, these lists recorded the tribal name, the nickname given by whites, age, children and usual home district. This one, however, gives only nicknames and nothing more. I presume it is just the names, written by the constable, of the people who turned up for the annual distribution, which was apparently usually made in about May.

Today these lists can have great value in helping people establish the whereabouts of forebears at particular times. The challenge with this notebook is to establish where the list was made, which means finding out where this police constable was based in the year 1894. Fortunately I can narrow this down to an extent, and I believe records must exist to do so more precisely.

The police officer’s name is Alfred James Burrows. I suspect he is one of the men in the photograph above: perhaps the one standing. I’ve discovered that he was born in 1860 and that he started work with the NSW police on September 1, 1884. His service number was 4765. At one time, it seems, he lived in Deniliquin and there are references to him being active at Brewarrina. He was a constable at Wanaaring, west of Bourke, in 1891, and his eldest son was born there. I’m guessing at this stage that the blanket list would have been made in that general district.

Burrows was appointed to work at Nyngan in about 1900. He and his young family spent about 13 years there and he was a senior sergeant when he left in 1913 to take a promotion as sub-inspector at Kempsey. He and his wife had at least two sons, Euston James and Eric Caldwell, both of whom served in the AIF in The Great War – both enlisting in January 1916 when Eric was 20 and Euston was 18. Both served overseas and both returned from the war. Burrows and his wife appear to have had at least one daughter, Mary, who was a schoolteacher.

Byrock and Coolabah are small settlements between Bourke and Nyngan. Photos in a collection of material associated with the Burrows family depict this area, probably during the police officer’s tenure in the district.

Thanks to Pete Smith and Wayne Dempsey for rescuing these items from destruction and for sharing them with me.